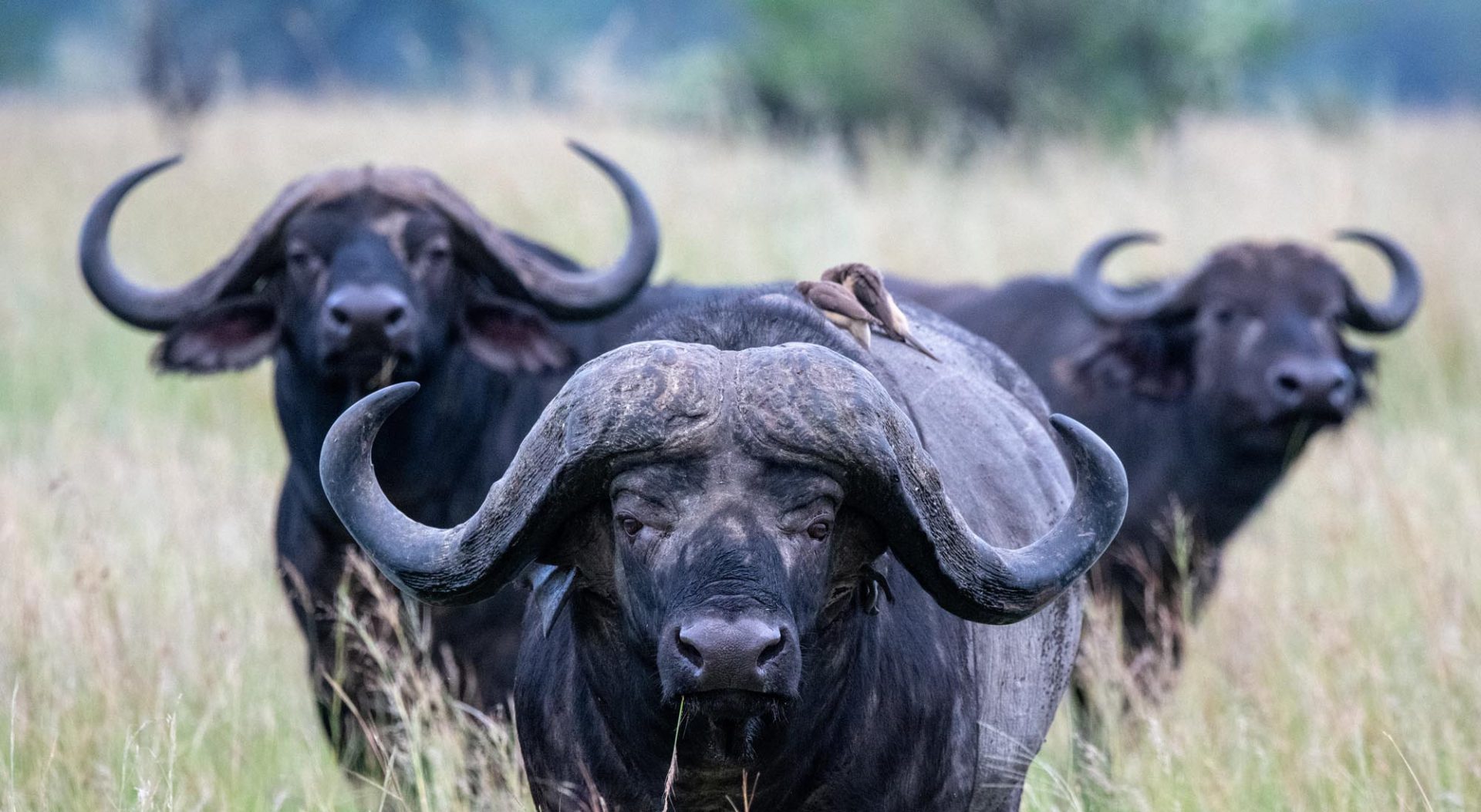 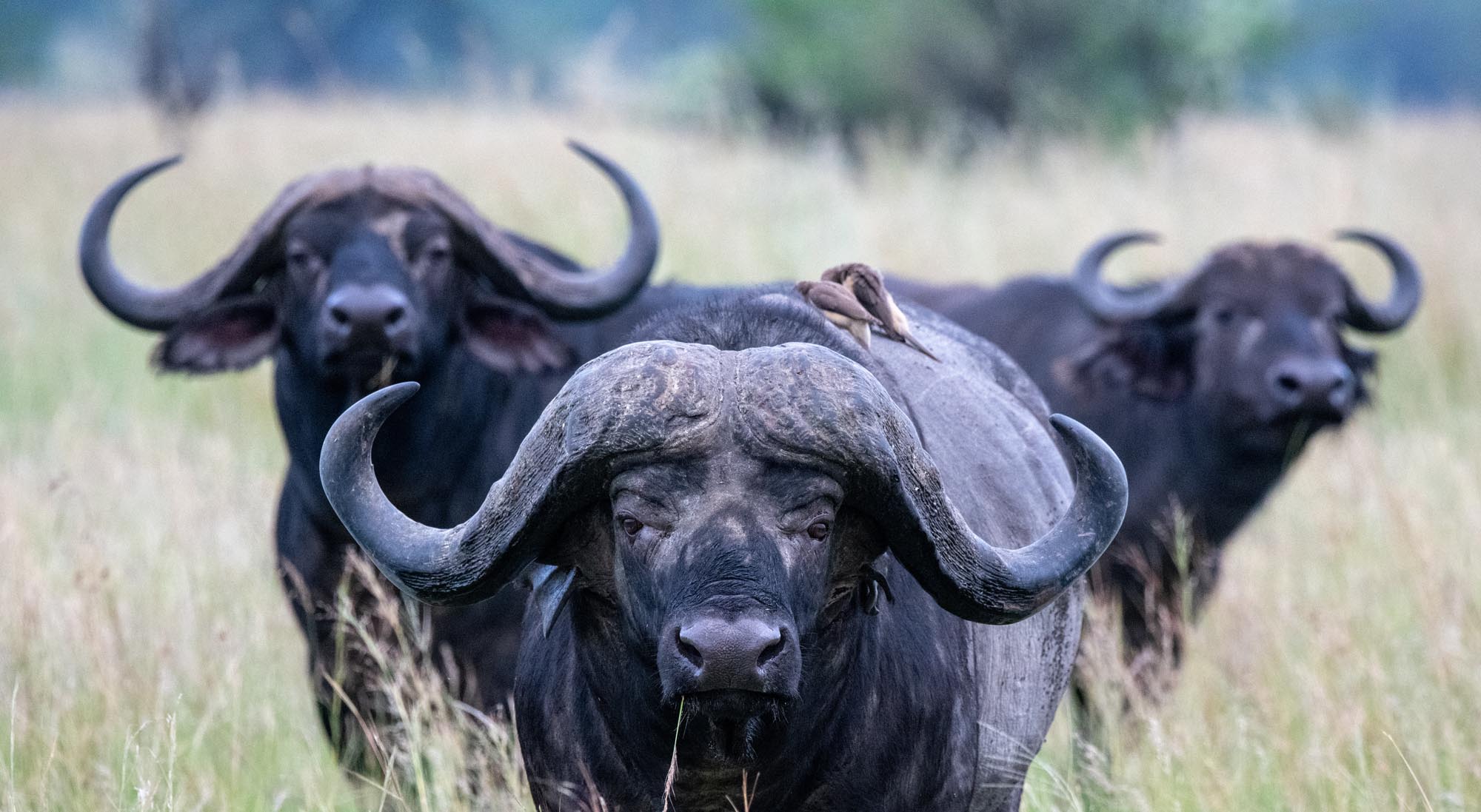 Tanzania’s famous Serengeti National Park is likely Africa’s most celebrated wildlife sanctuary, rivaled only by South Africa’s Kruger National Park and Kenya’s Masai Mara.  This massive park is best known for its annual wildebeest migration when some 1.5-million wildebeest (also known as gnu) follow the rains in a months-long journey from south to north and back again, culminating with the calving which takes place in the southern shortgrass plains of the Serengeti. 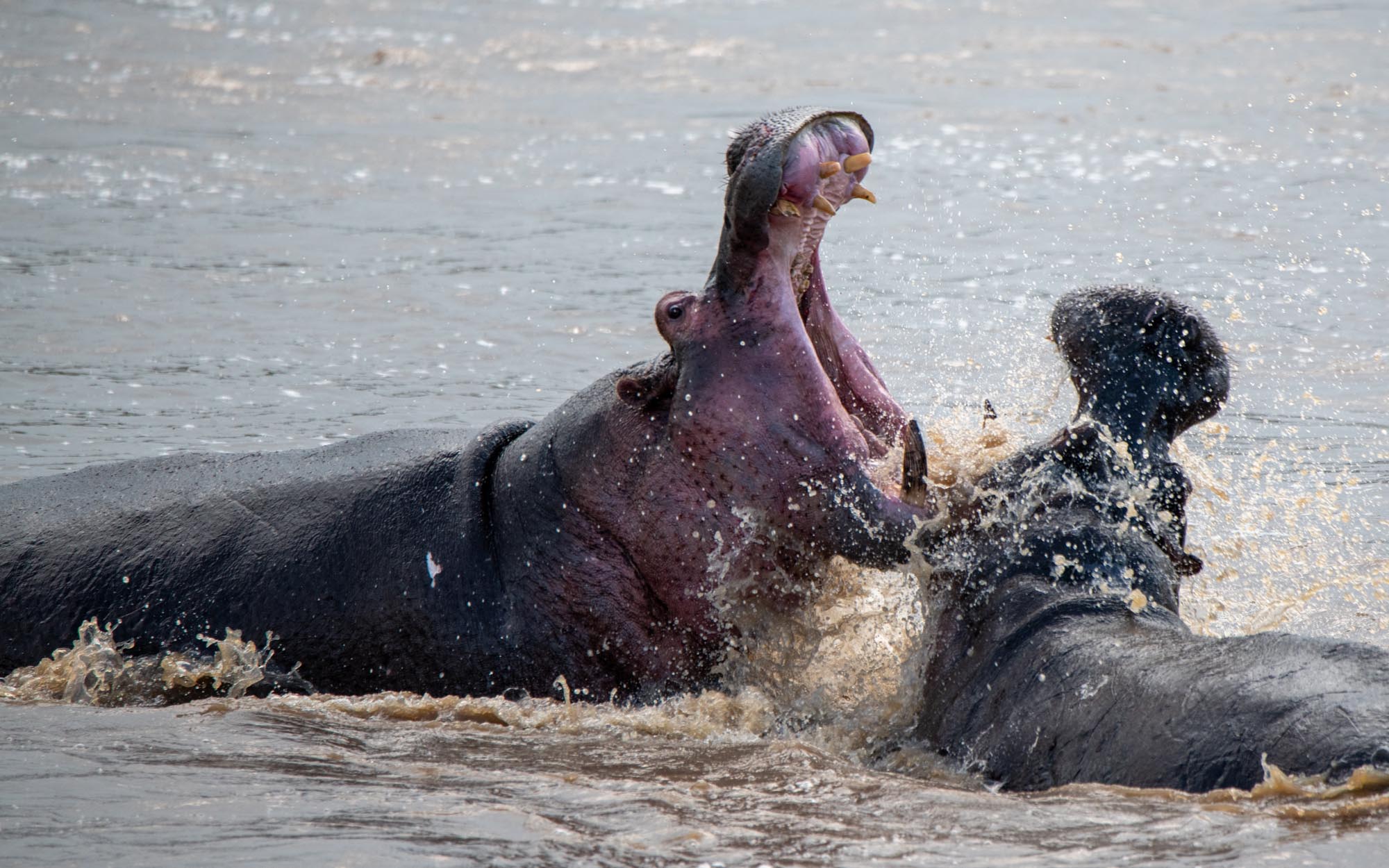 There are better places than the Serengeti to see elephants and rhinos - and African Painted Dogs - but few other parks quite match the Serengeti for grandeur and impact.  This is Africa.  It is vast and teeming with wildlife and can be visited at any time of the year, with the southern, central and northern parts of the park - and even the west - each having its own particular appeal. 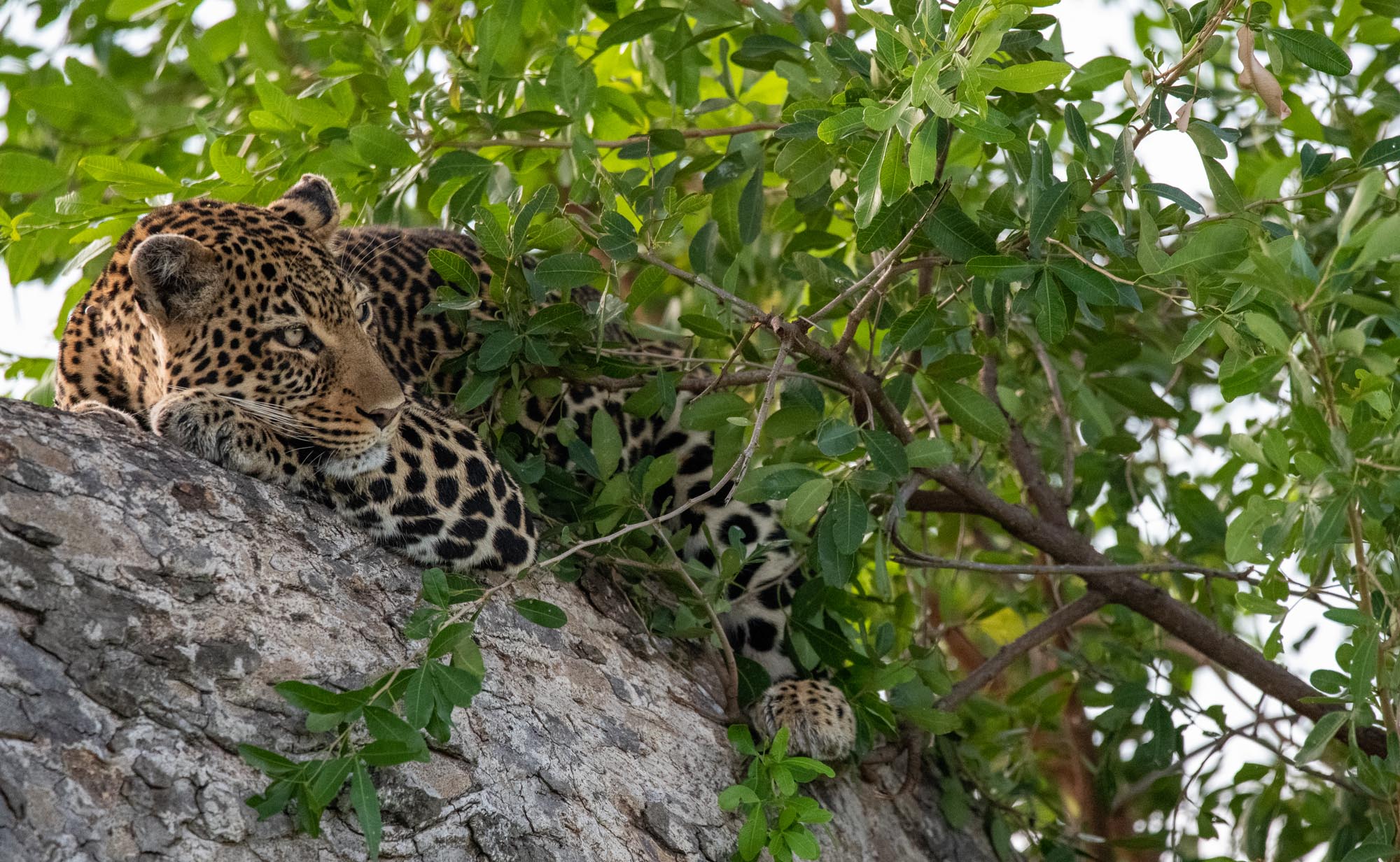 At Asilia Africa’s Sayari Camp in the far northern Serengeti, overlooking the Mara River, I would spend my last night on safari, before heading off to hike Kilimanjaro.  My guide for the two half days there was Daudi who impressed me to no end and is clearly a rising star in the guiding fraternity.  Barely ten minutes into the drive, Daudi spotted a handsome male leopard staring out over a heavily grassed plain, from an elevated spot on top of a termite mound.  Much like a cheetah would do. 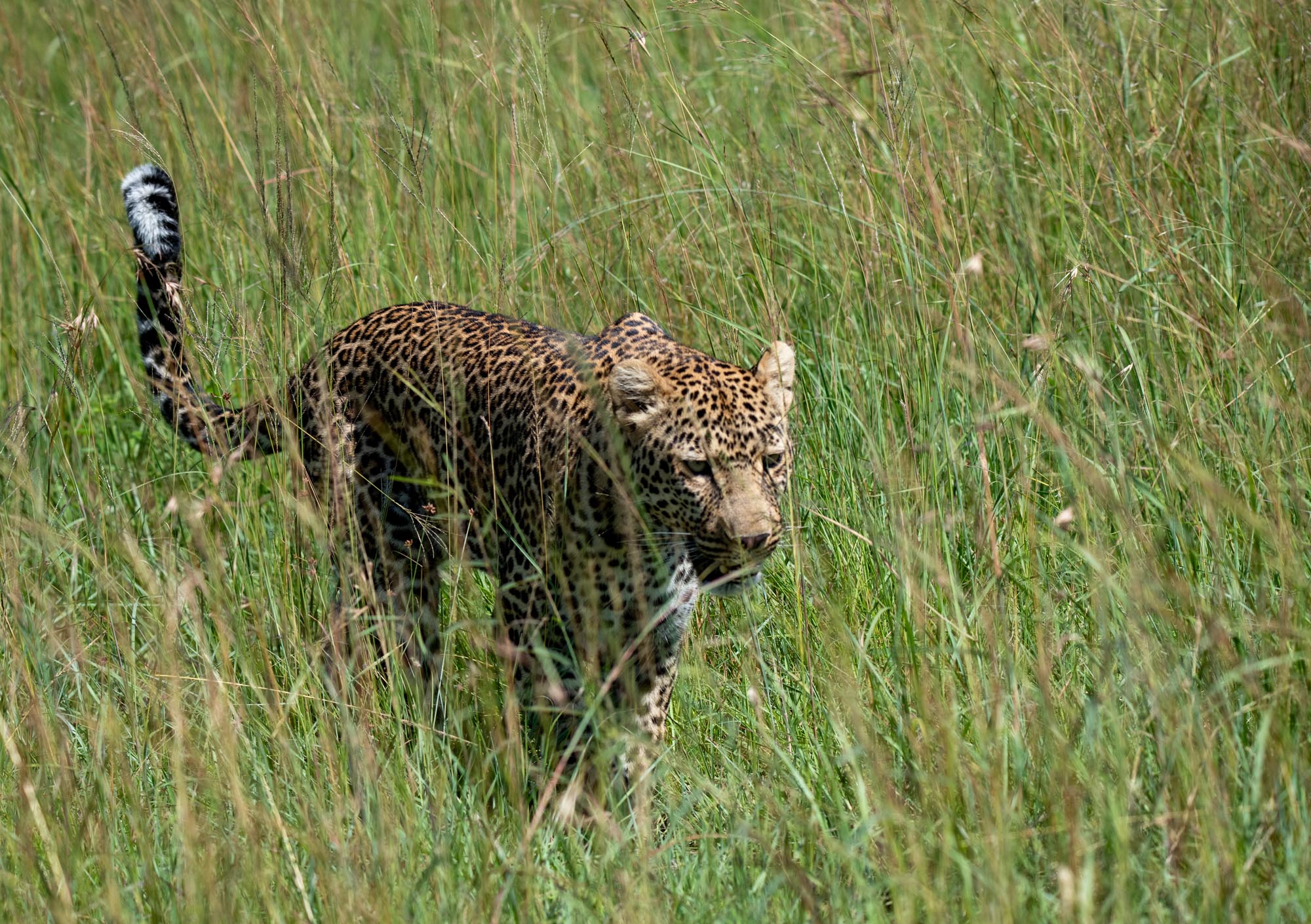 For the next 30 minutes or so we followed the leopard at a distance, as it criss-crossed the open area, walking steadily through the tall, thick grass, stopping at several termite mounds covered with bushes, scanning the surroundings carefully from each vantage point. 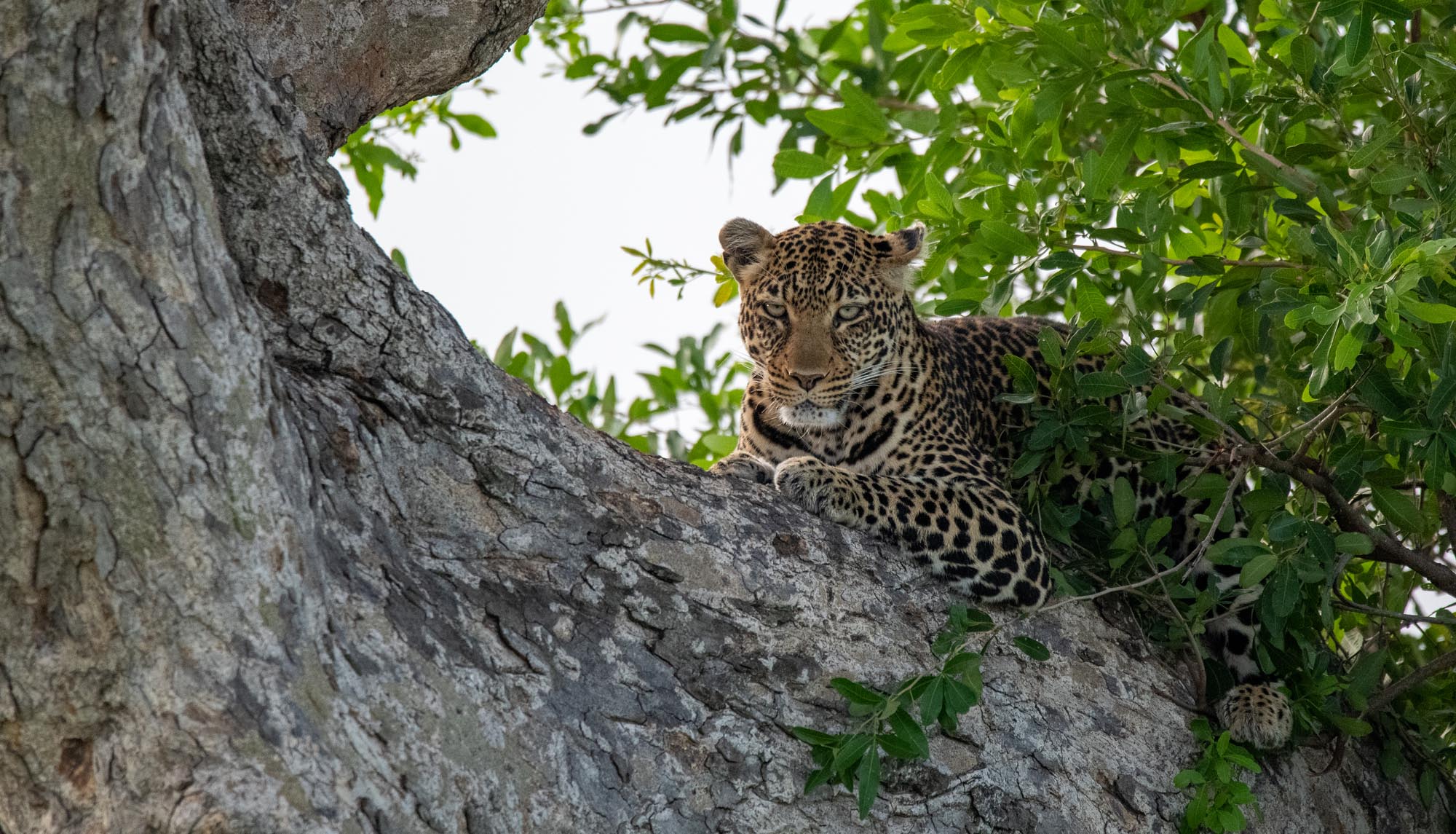 It is unusual for a leopard to hunt in the middle of the day, but not unheard of.  This one was clearly hungry.  Under very similar circumstances a couple of years ago we witnessed a leopard stalking and killing a black-backed jackal, at around 2 pm in the afternoon, in Namibia.  Being diurnal, cheetahs also hunt during the day.  Which is exactly what happened next. 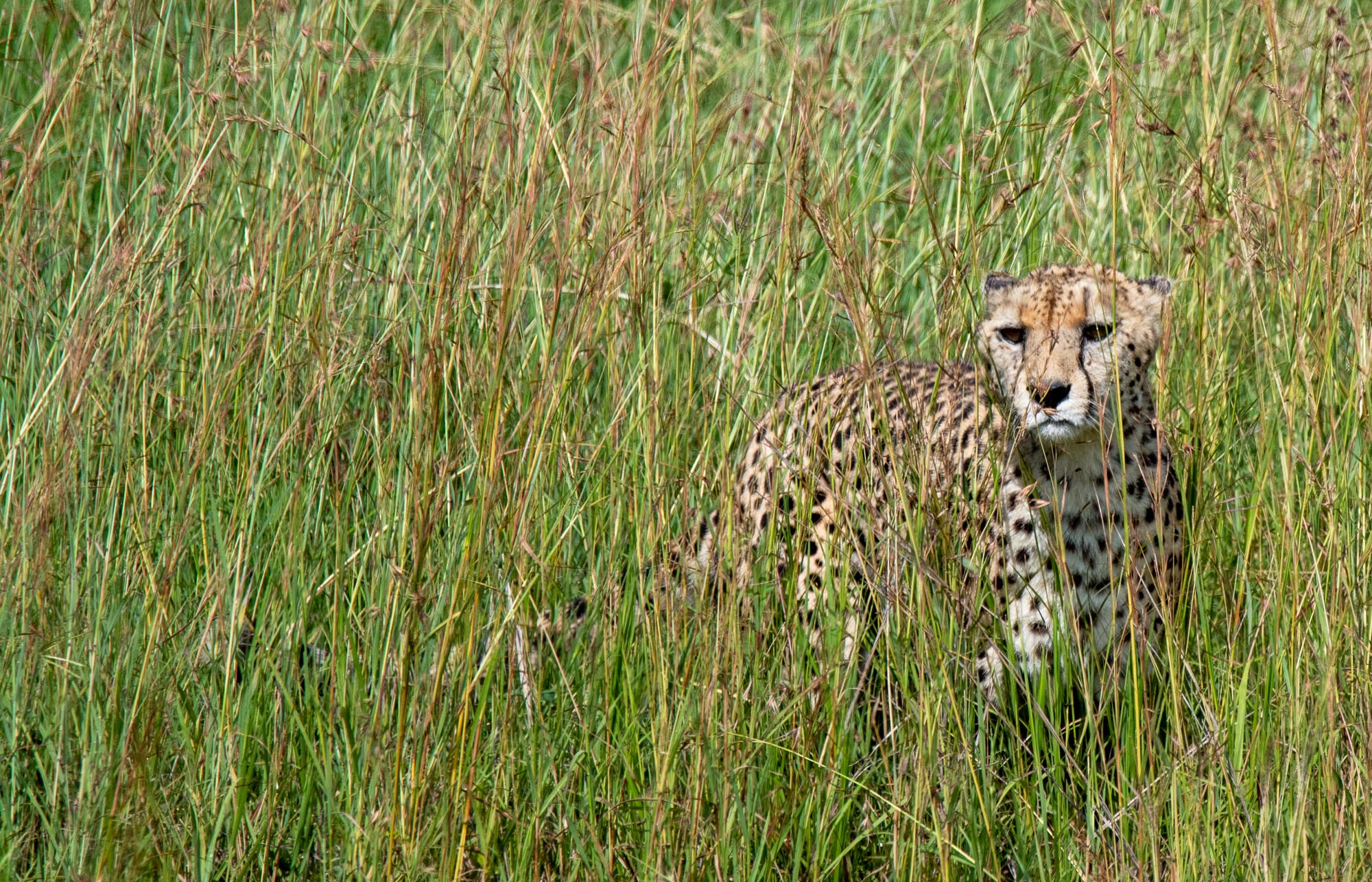 Just minutes after leaving the hungry leopard behind, we got word of a solitary male cheetah close to the Kogatende airstrip.  Once we got there, the cat was nowhere to be seen, having walked into cover.  We drove around for a bit, knowing that the cat had to be really close.  And then it happened.  Daudi and I heard impala distress calls from the other side of a thicket.  Rapidly making our way over there,  we discovered a male cheetah just starting to feed on a kill made just minutes prior.  The victim?  A baby impala. 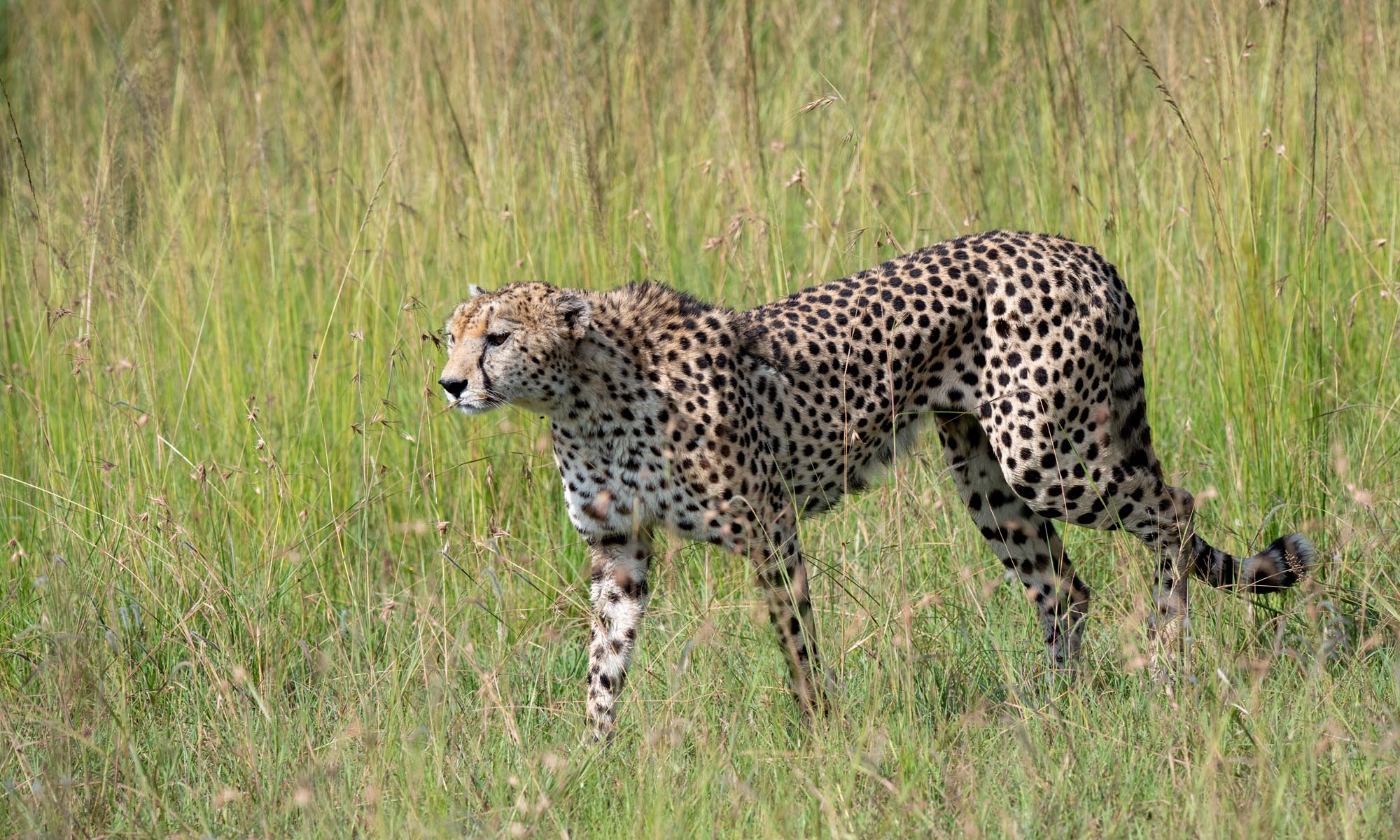 Typical of a cheetah, the animal ate hurriedly, always wary of its prey being appropriated by lions, leopards or hyenas.  We left the cheetah there in peace, and with a full belly, capable of surviving for another few days in the harsh African wilderness where the specter of starvation is ever-present.  This is particularly the case when the wildebeest migration is not around.  Without the abundance of vulnerable baby wildebeest which the migration brings to the scene, the life of a predator is always in the balance. 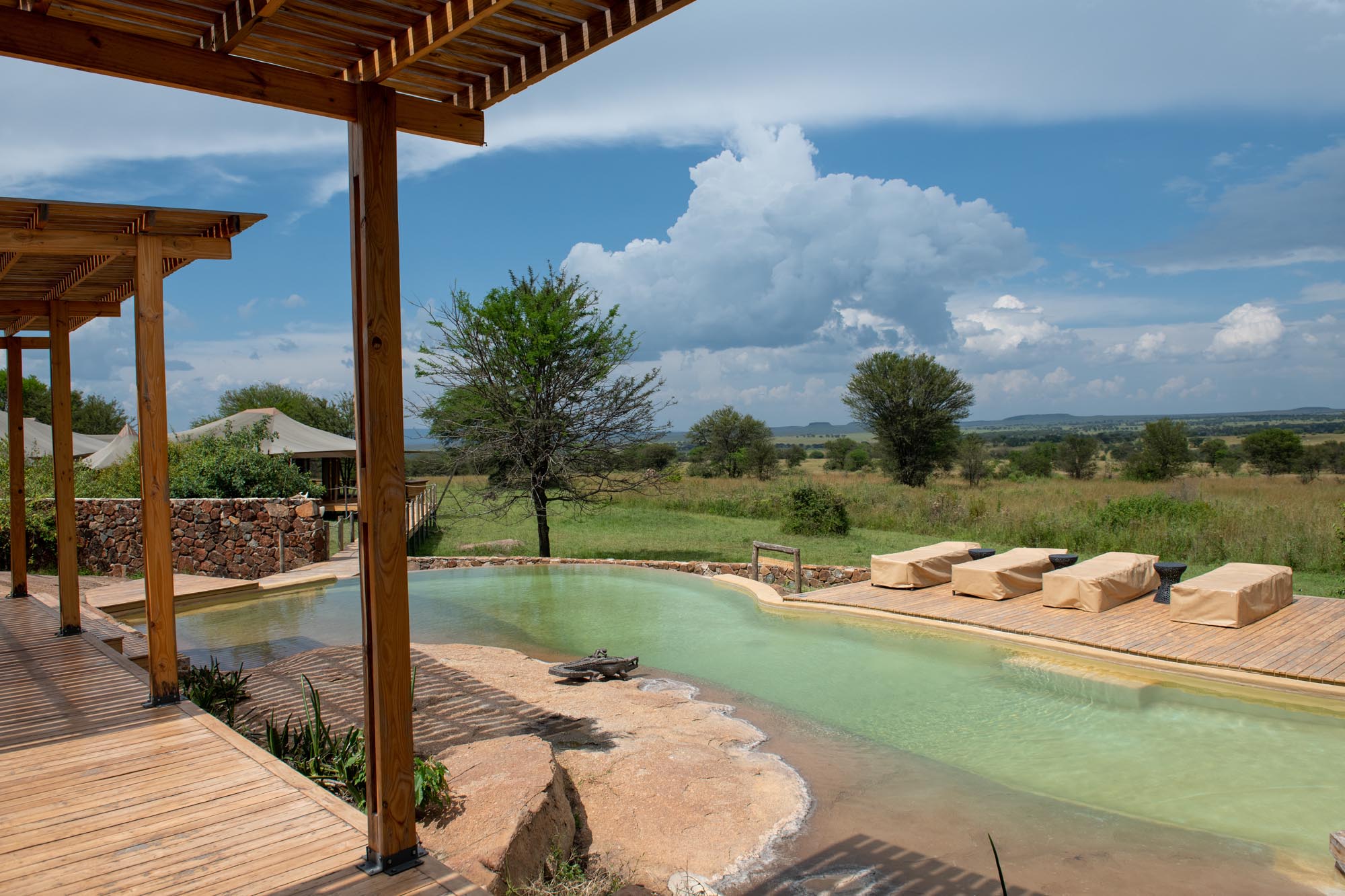 My second but last game drive in the Serengeti was an unqualified success. Two different leopard sightings plus a cheetah kill (well, almost), all before lunch.

My camp for the night was Sayari, my second Asilia Africa property on this trip,  the previous one being Namiri Plains in the Seronera area.  Sayari is one of Asilia’s showpiece properties in the Serengeti, located just off the Mara River, with great views over the plains and beyond. 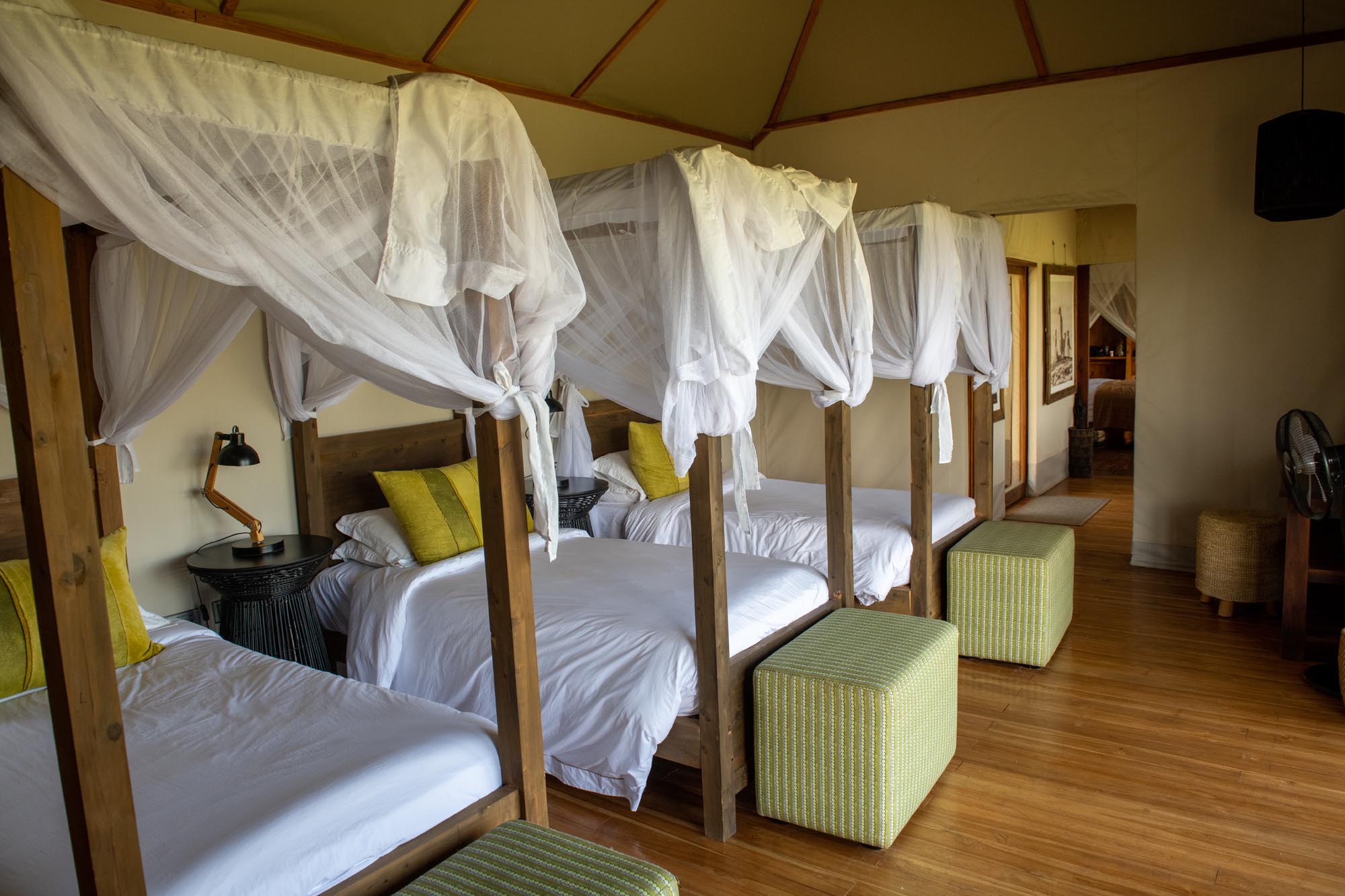 The camp is operated as two separate entities, one being a 6-roomed and the other a 9-roomed unit with a family room.  The family room has one standard bedroom with an adjacent/linked second bedroom, with its own bathroom with shower and 3 single beds.  The main bedroom has a large bed with a voluminous mosquito net, handy plug points, a reading light, ample storage space, adequate (but not great) lighting and a safe.  It also has a mini-bar stocked with cold beverages of your choice.

The large bedroom has a good-sized faux marble tub with ample hot water and both indoor and outdoor showers, with excellent water pressure. 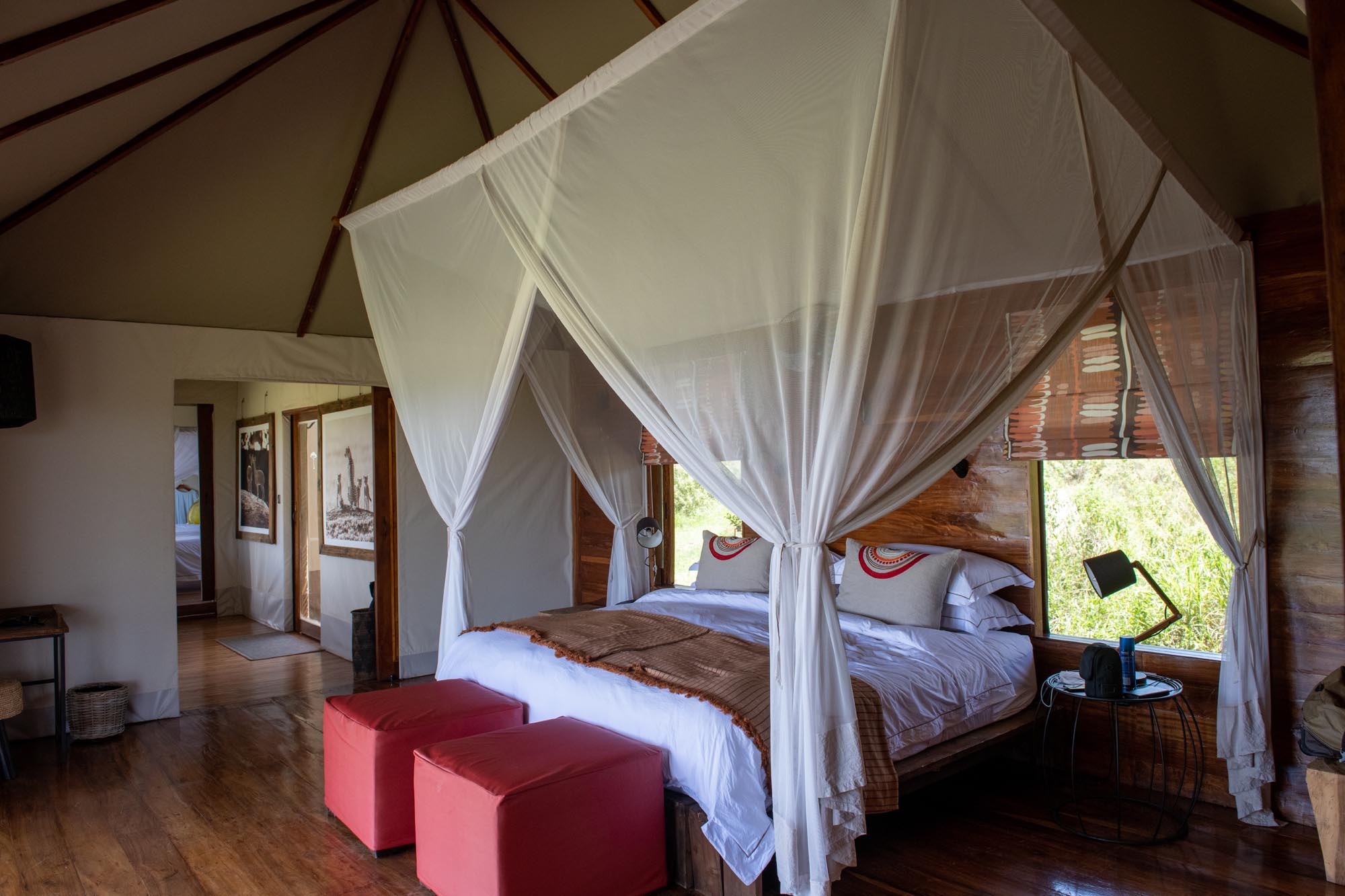 The main area at Sayari (the 9-roomed unit) is one of the most attractive of its kind; it has a pleasing, classic safari ambience, with the design rooted in the area in which the camp is situated. In the case of Sayari, the designer took inspiration from the colorful culture of the Kuria people who call the northern Serengeti their home. 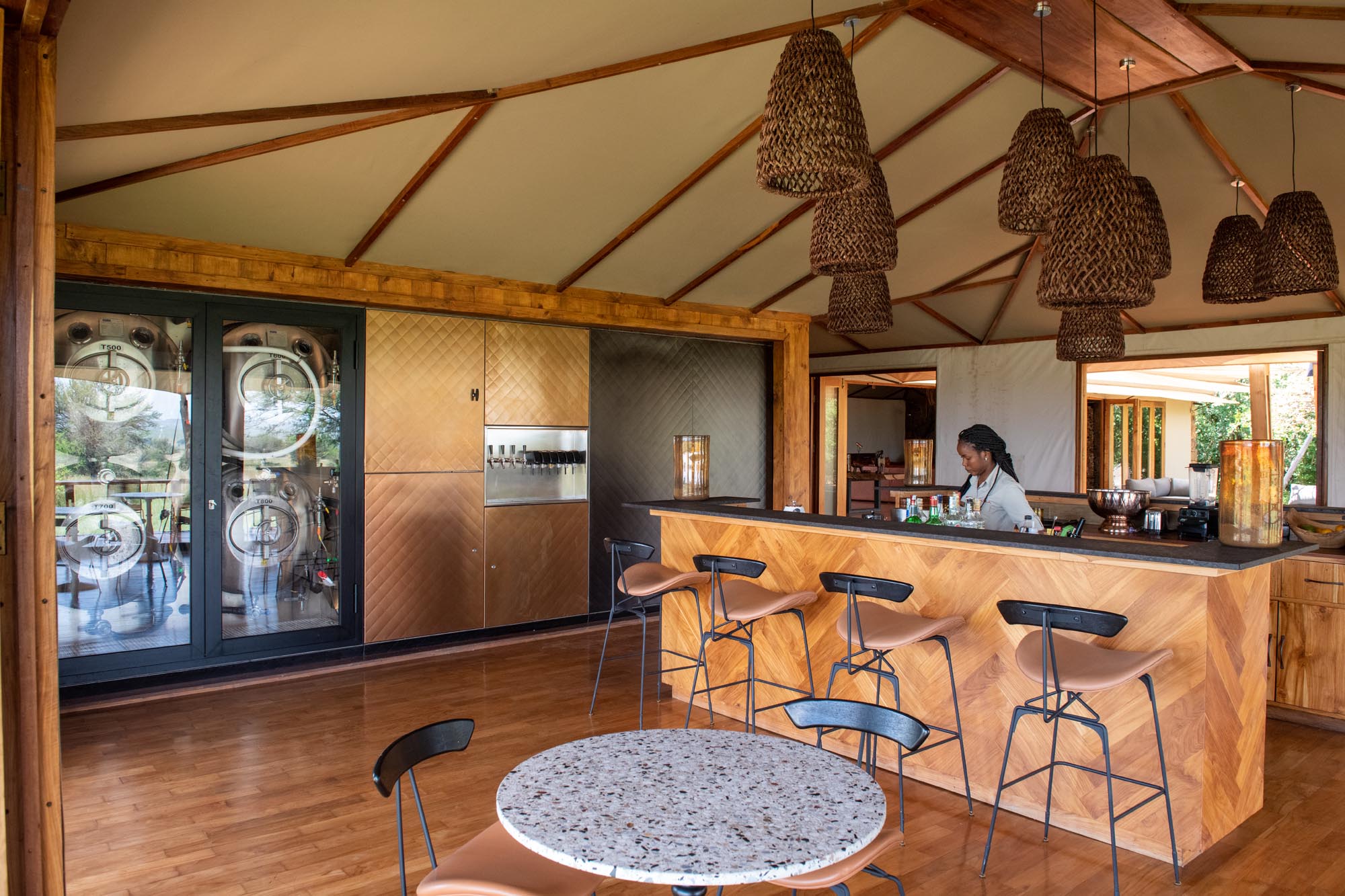 As part of its continual efforts to reduce its carbon footprint, Asilia introduced the first solar powered microbrewery in the bush, at Sayari. The brewery uses solar power to create beer and soft drinks on site, as well as purifying water, which removes the need for plastic bottles and cans in the camp. This not only reduces waste, but reduces the transport footprint.

I enjoyed a tasty and nicely presented three-course dinner with camp manager Goodluck, a ringer for actor Cuba Gooding Jr.  Goodluck is an ebullient and energetic individual and clearly well suited for the job. 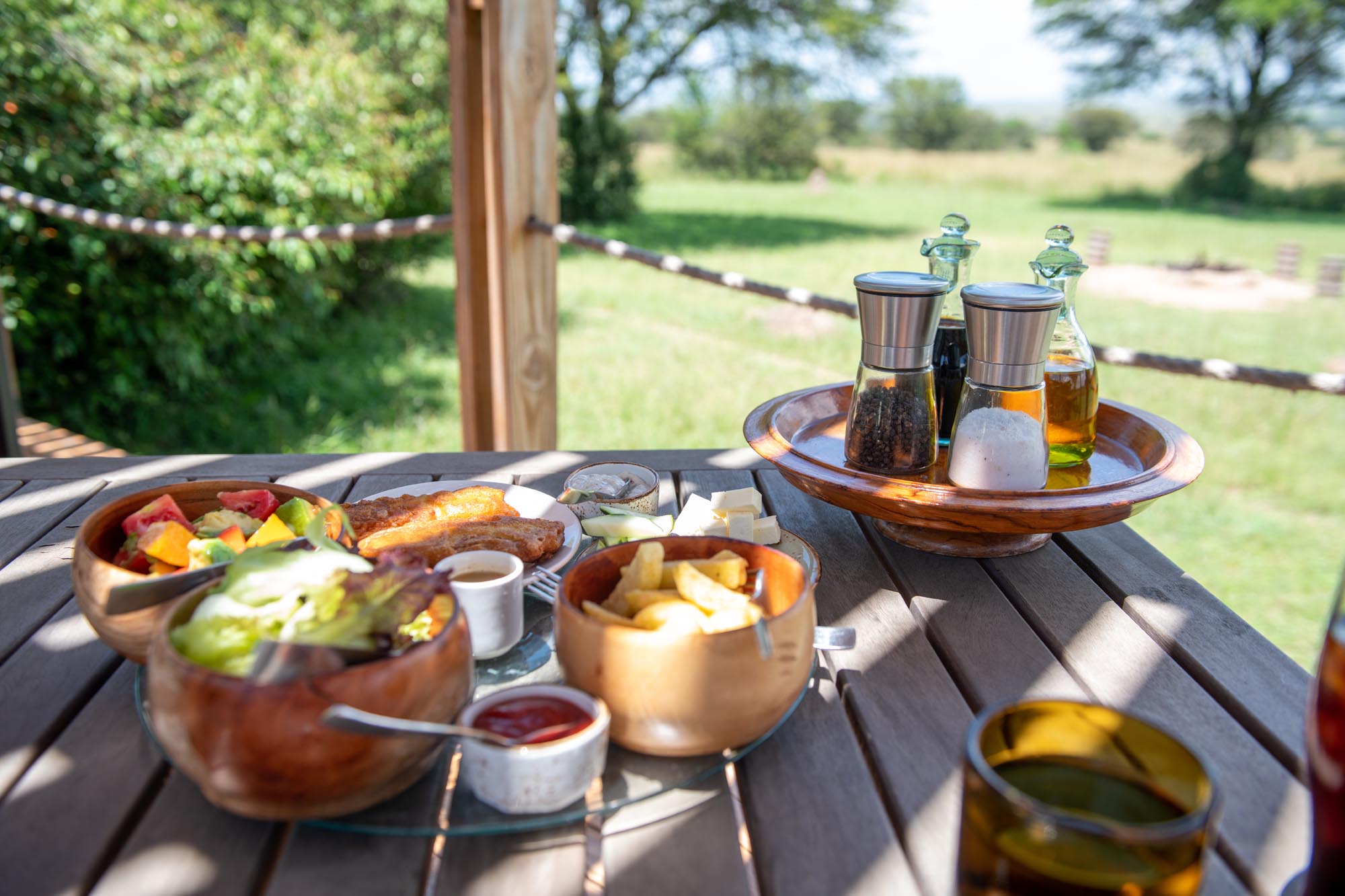 On the morning of my departure I set off on my final game drive.  Almost right off the bat,  we bumped into a good sized herd of buffaloes, affording me my first, best opportunity of the trip, to get some buffalo photographs.  I had seen several of them in other areas, but none close enough for good captures.  This particular herd of about 100 or so were inquisitive and stared at us intently for quite a while, creating some good photo ops. 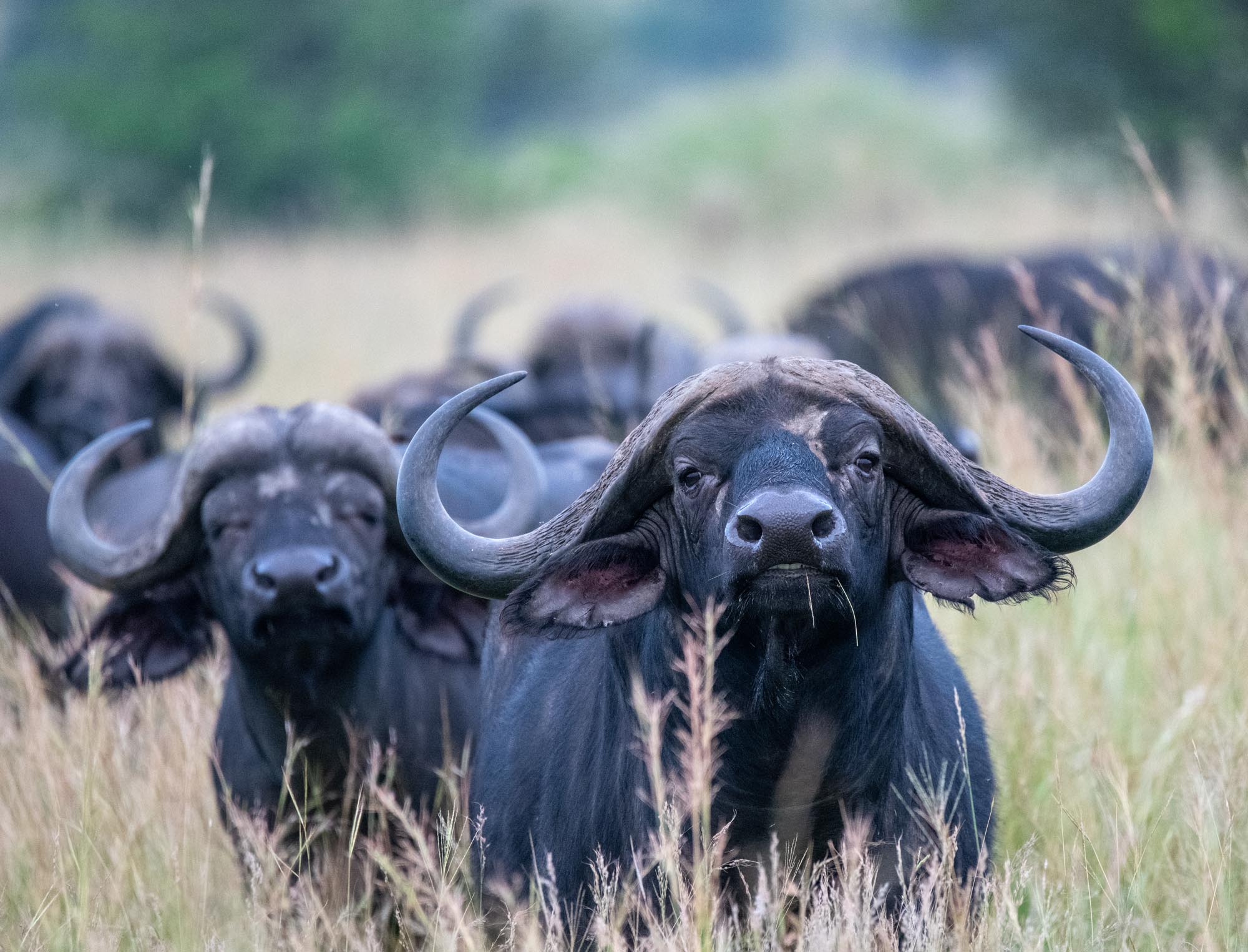 In summary, my short stay at Sayari was fun and exciting, packed with big cat sightings (lions, cheetah and leopard), a fair number of elephants and the aforementioned buffaloes.  So again, as was the case at Lamai Serengeti, four of the ‘Big Five’ mammals in less than 24 hours.  Even so, game viewing can be challenging in the Northern Serengeti in February, so it is always a good idea to include some additional time at camps in the south or central part of the park, at that time of the year. 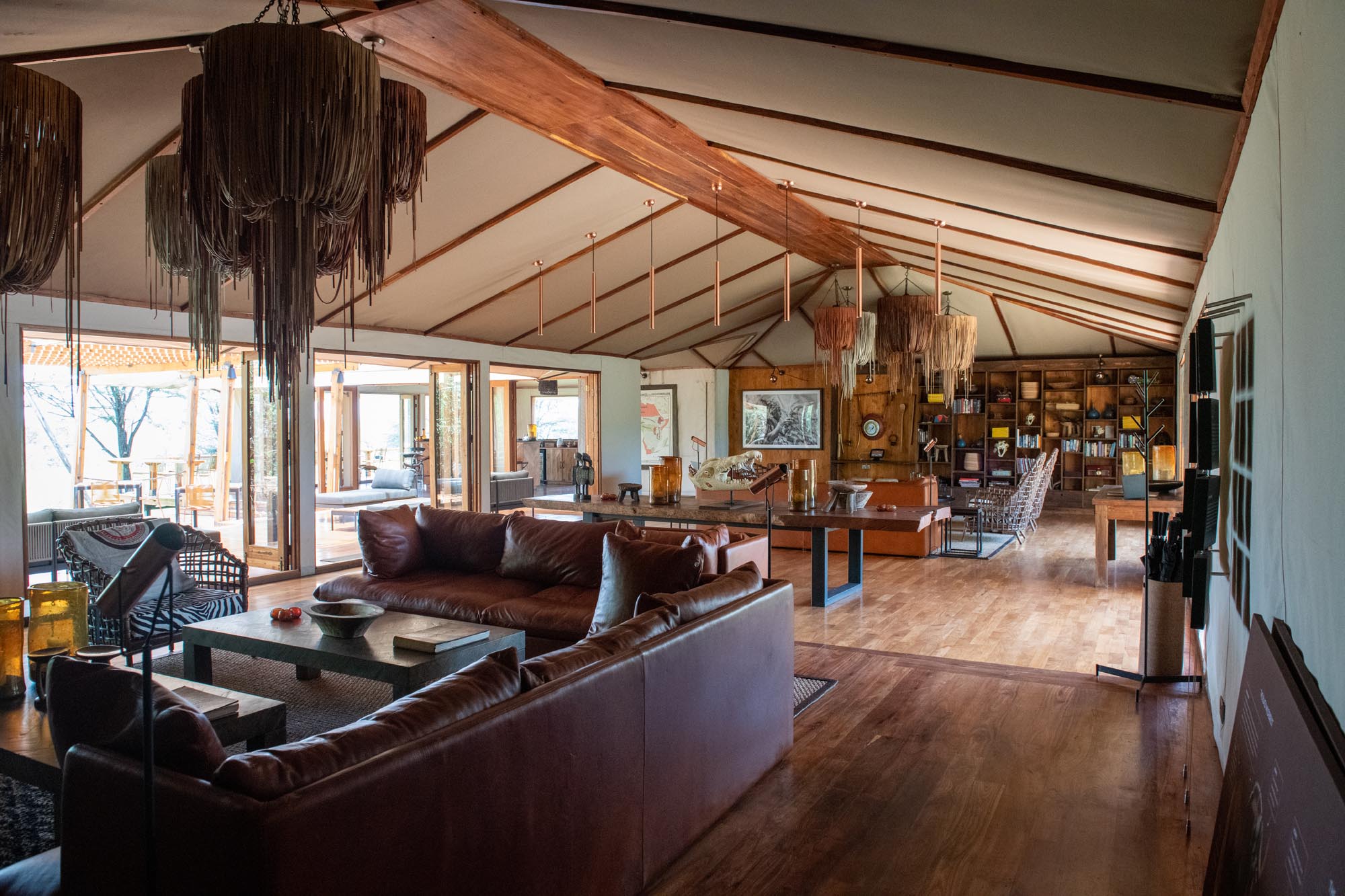 On my 45 minute flight back to Arusha, I had some good views of Lake Natron en route and our obliging pilot also flew right by an active volcano, Ol Doinyo Lengai, the Mountain of God.  I was on the wrong side of the aircraft for a photograph but the smoke plume left no doubt as to the status of the volcano. 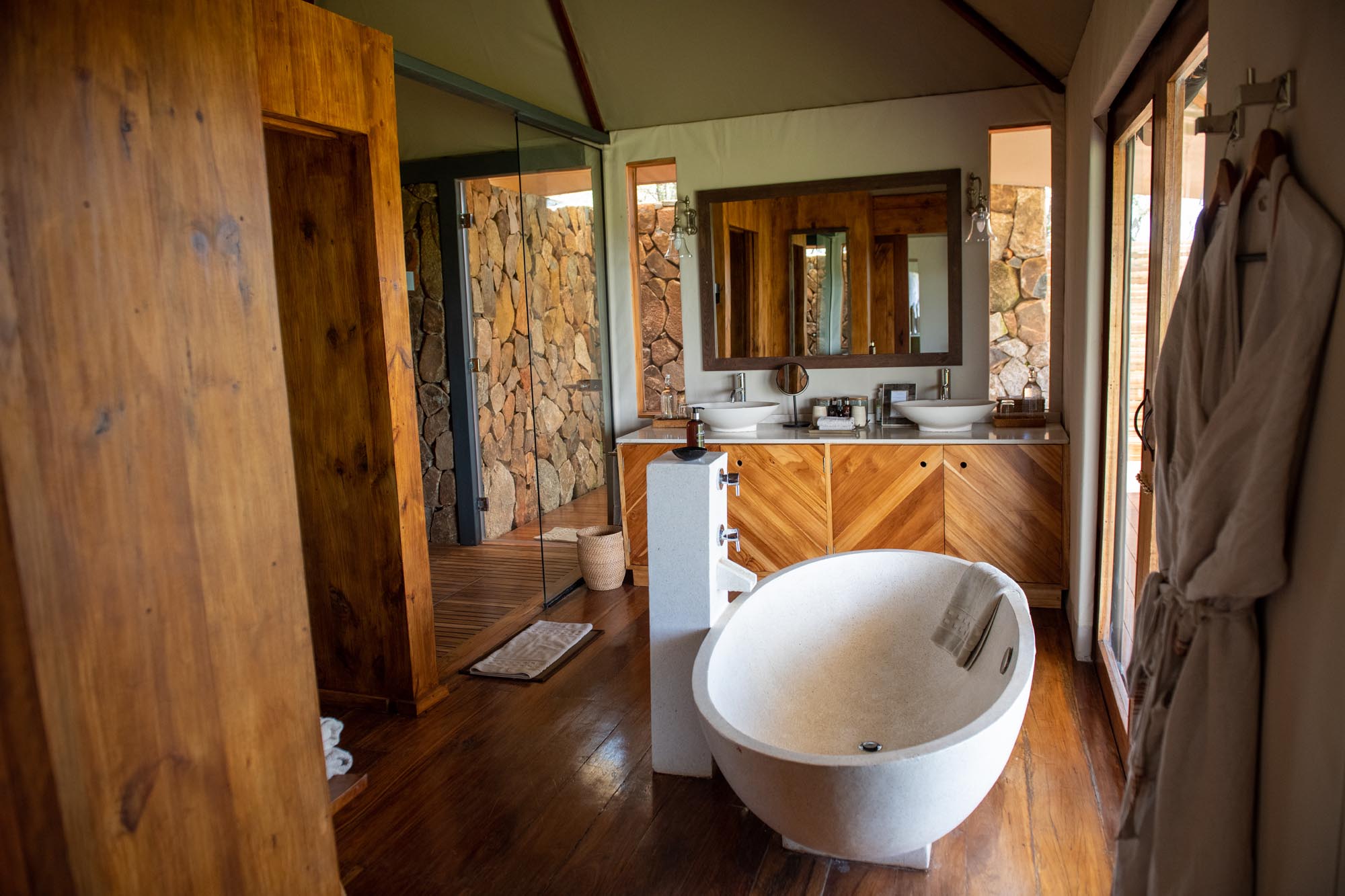 Our blog next week will feature the first part of the 5-day Marangu Route, also known as the Coca-Cola route, sometimes described as the easiest of the various routes to the summit of Africa’s highest mountain, Mt. Kilimanjaro, at Uhuru Point.  As Bert would experience, it was shorter than the other routes, but definitely not easy.